A retreat for film makers.

The clients are a couple, a director and director of photography in the film industry, their jobs involve them filming on location for stretches of time. This house is the space to which they retreat between filming.

The site is 20 hectares of farmland on the Kauaeranga river in the valley of the same name, it stretches from high on the hillside to the river banks and includes a ridgeline which commands a panoramic view of the farmland below and the native bush on the opposite slopes of the valley.

The clients brief called for a response which engaged with the site in both a filmic as well as practical way, they live a life of self-sufficiency while on the land, including growing, animal husbandry and butchery.
The clients spoke of materials that have a patina of age, of sustainability, of recycling and adaptive re-use, of provenance of materials.

Our response was to concentrate the small mass of building that the brief determined into a singular geometric form that could hold its own in the big landscape. We positioned the form straddling the ridgeline, engaged with the slope at the high end and floating above the land as it falls away.
Drawing from the vernacular of rusty corrugated iron sheds prevalent in the district, we clad the form in a rainscreen of rusted corrugated iron sheets, a rural camouflage of sorts.

The building is made largely of recycled materials and fittings, which the clients procured over the duration of the build. 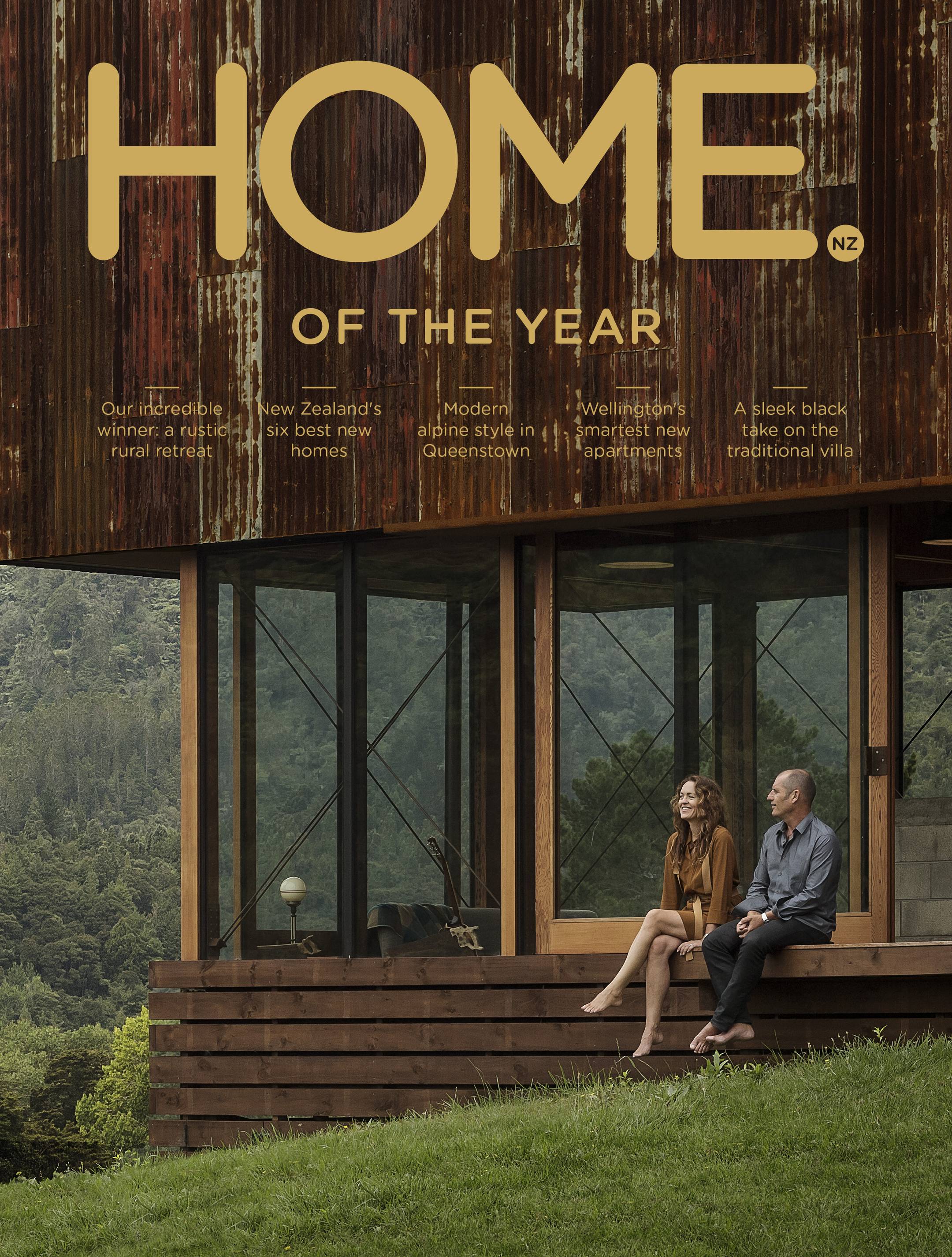 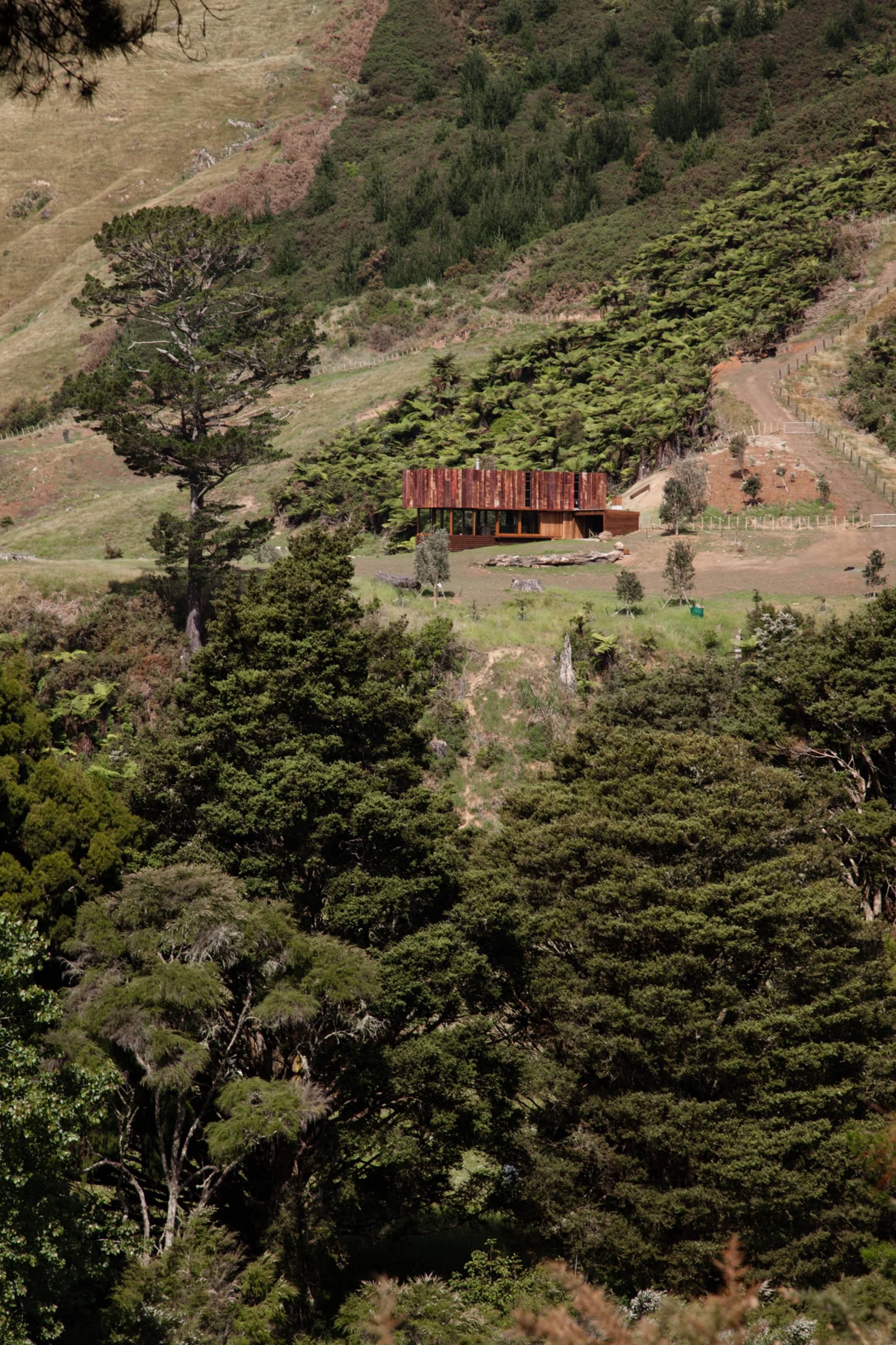 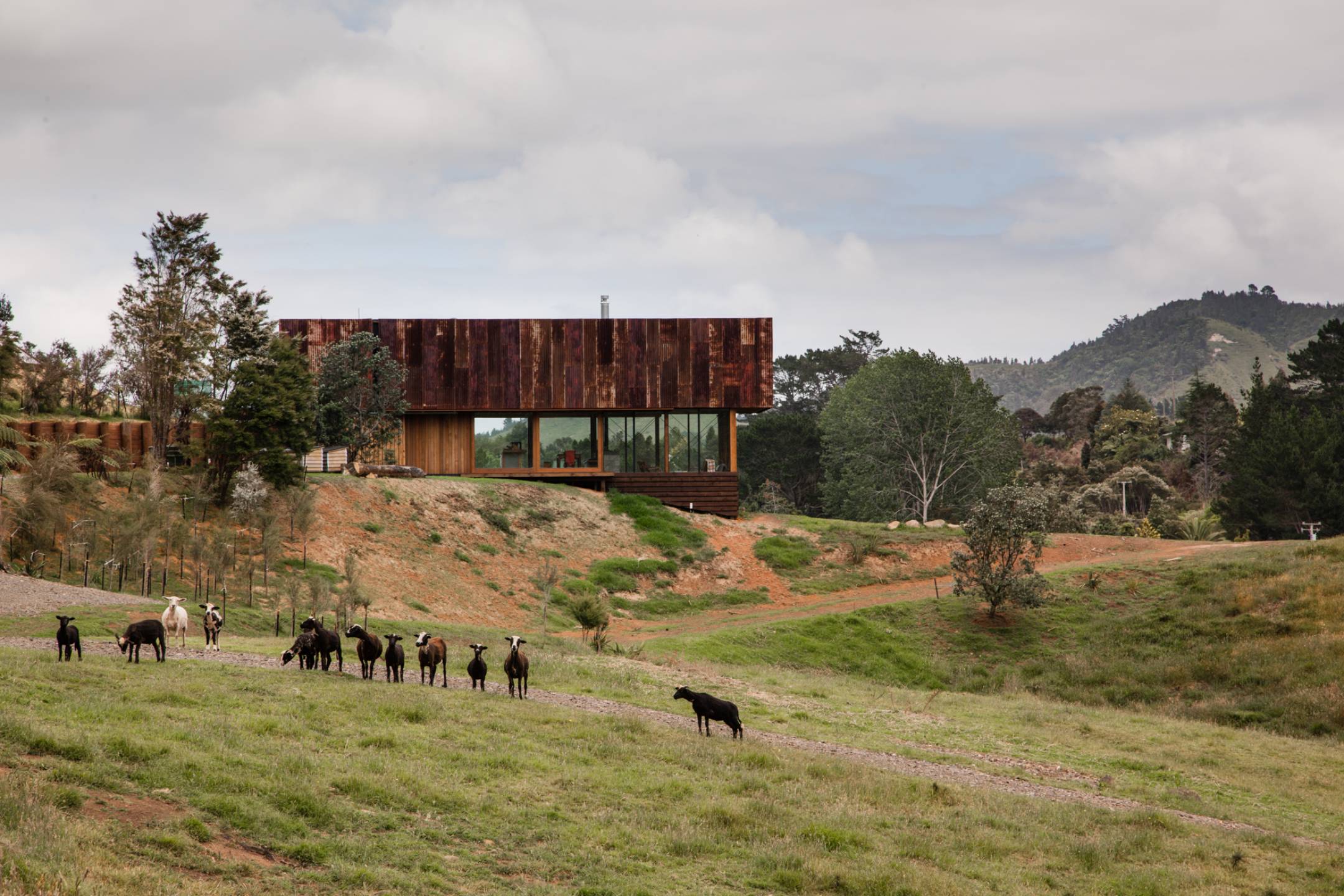 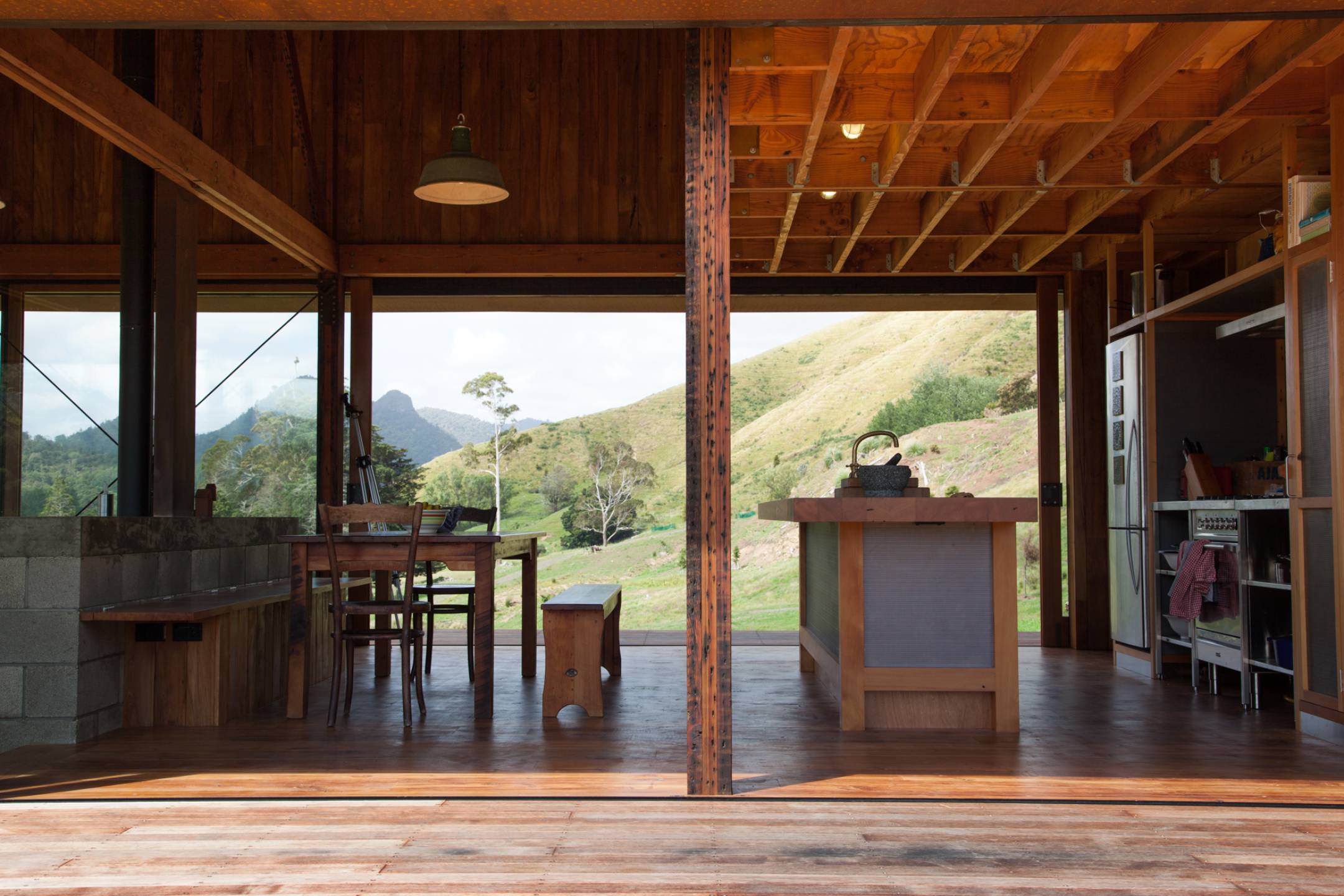 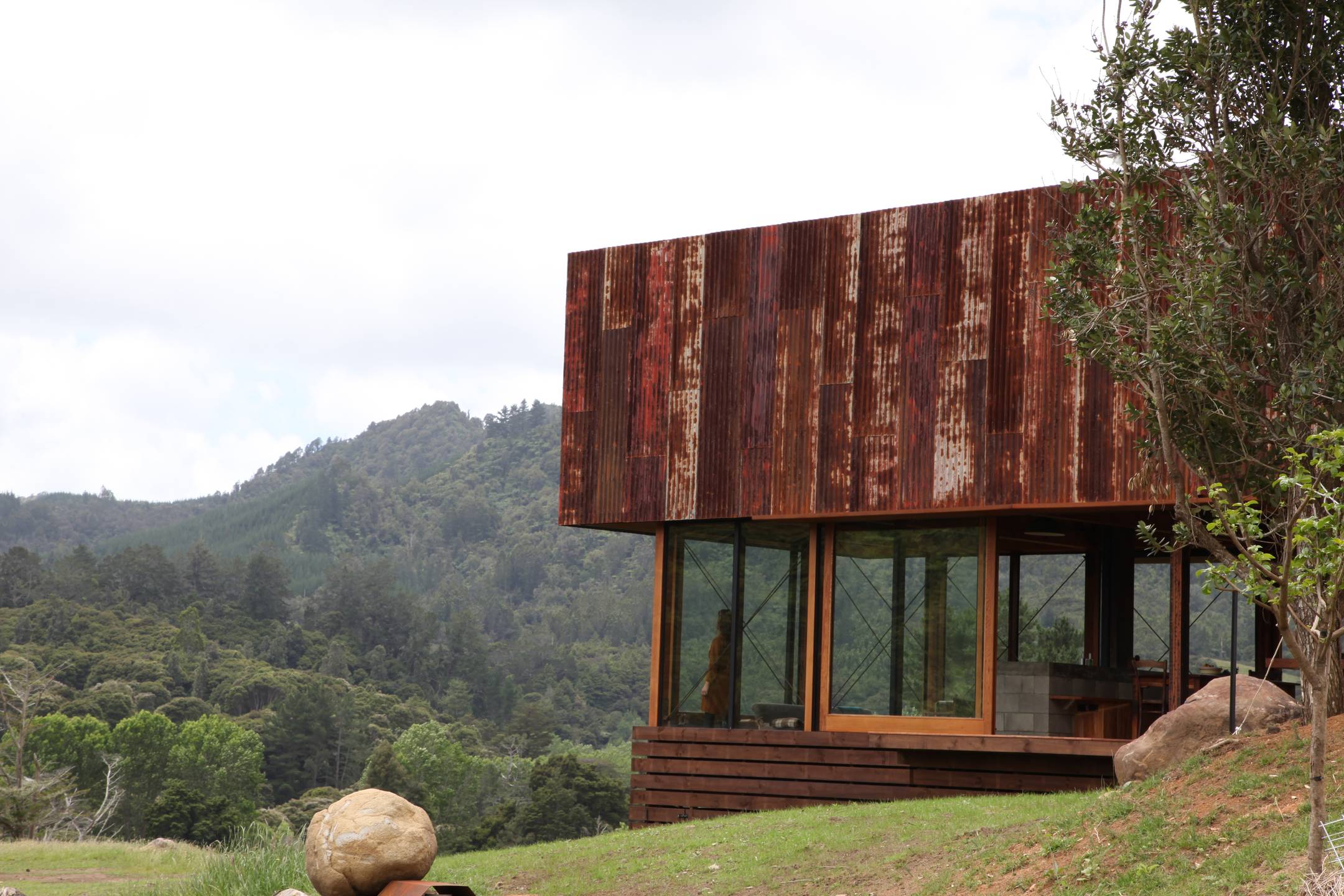 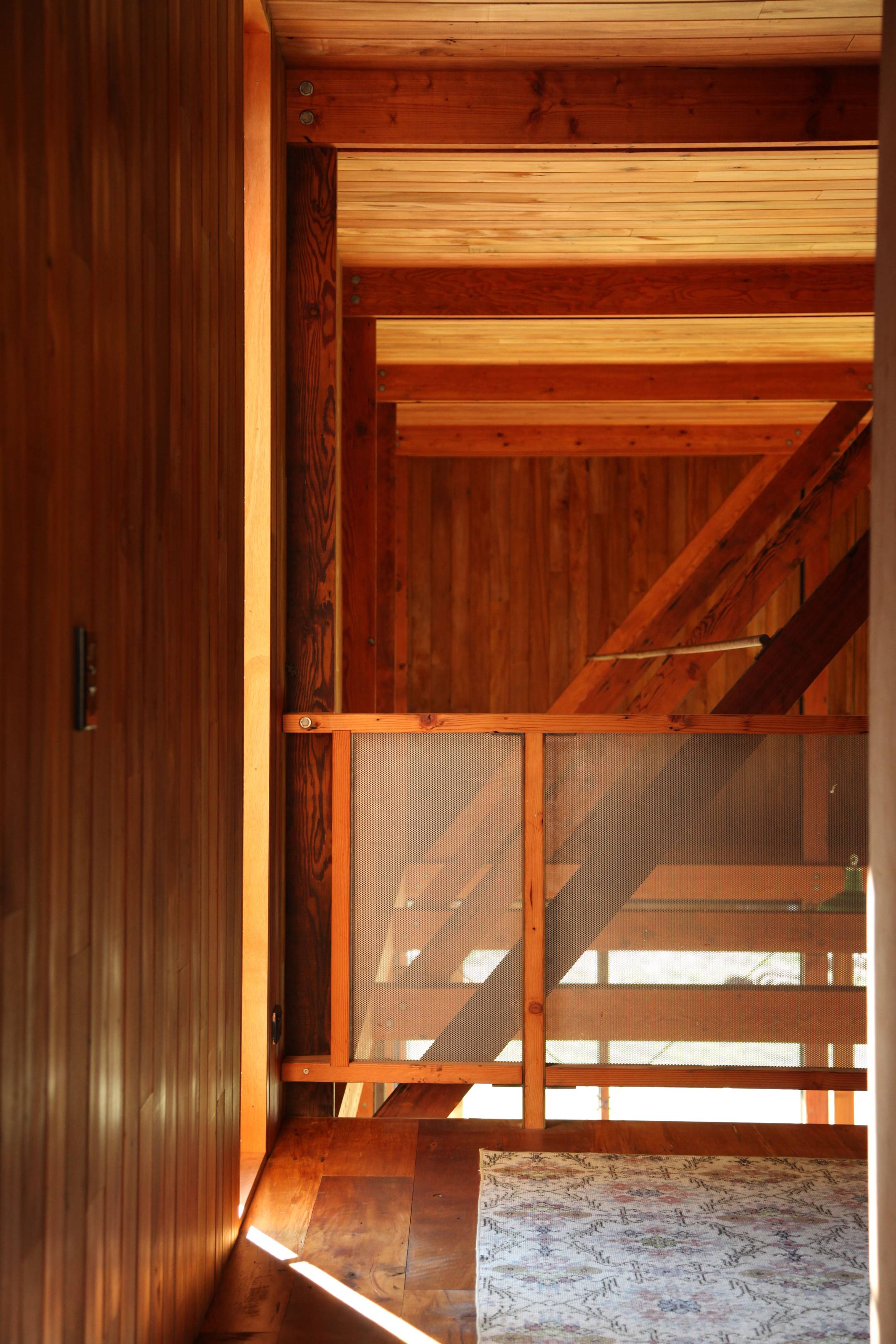 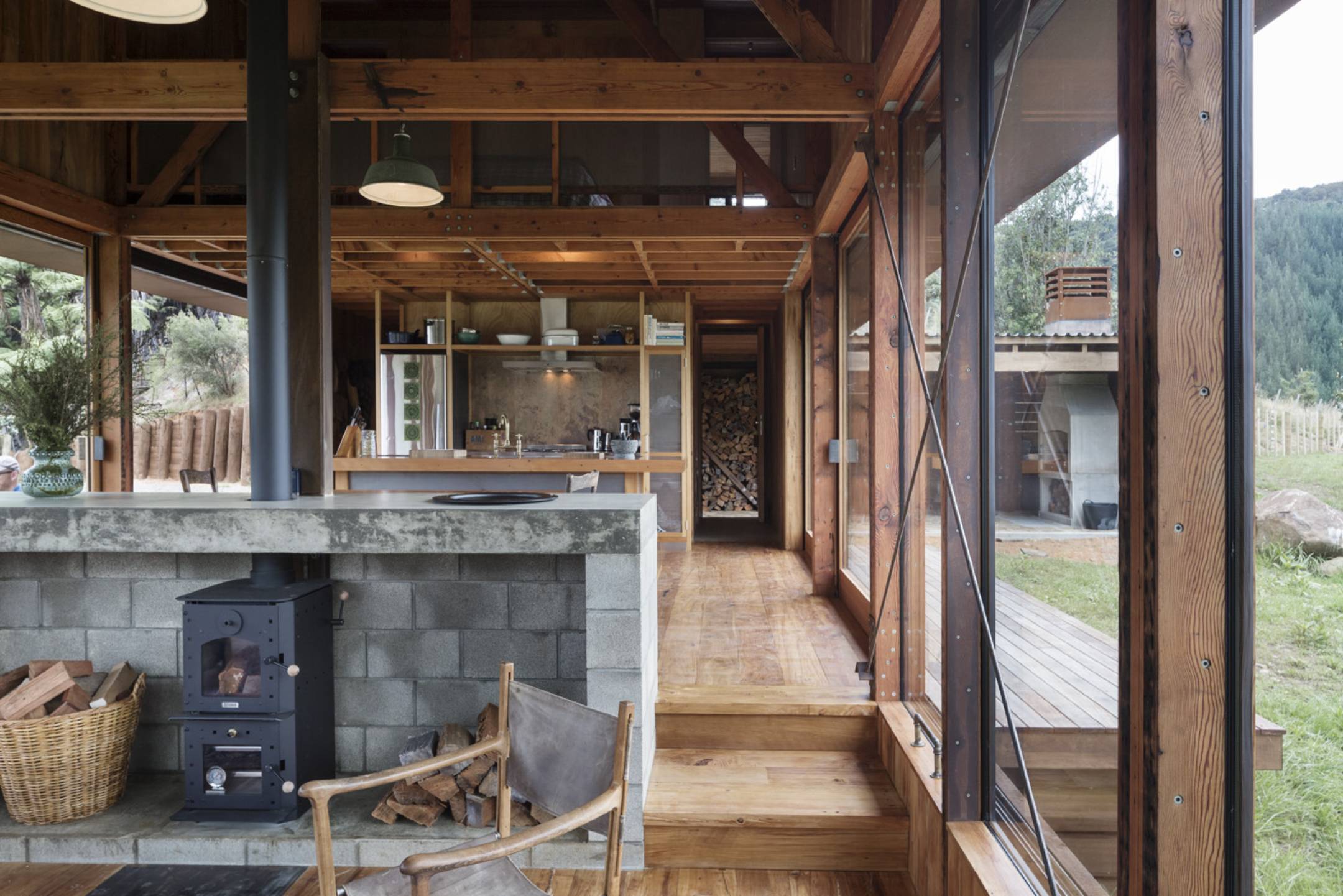 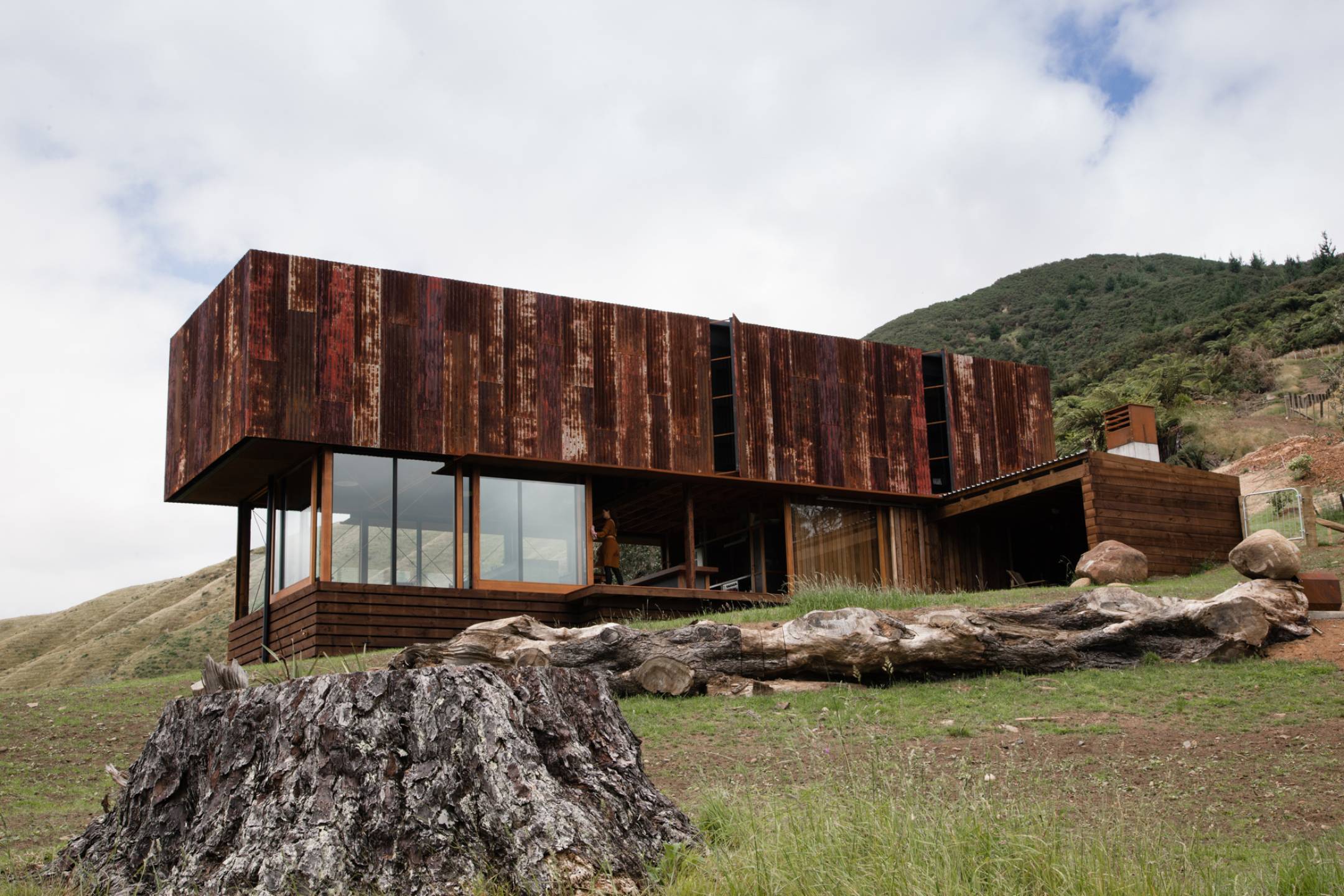 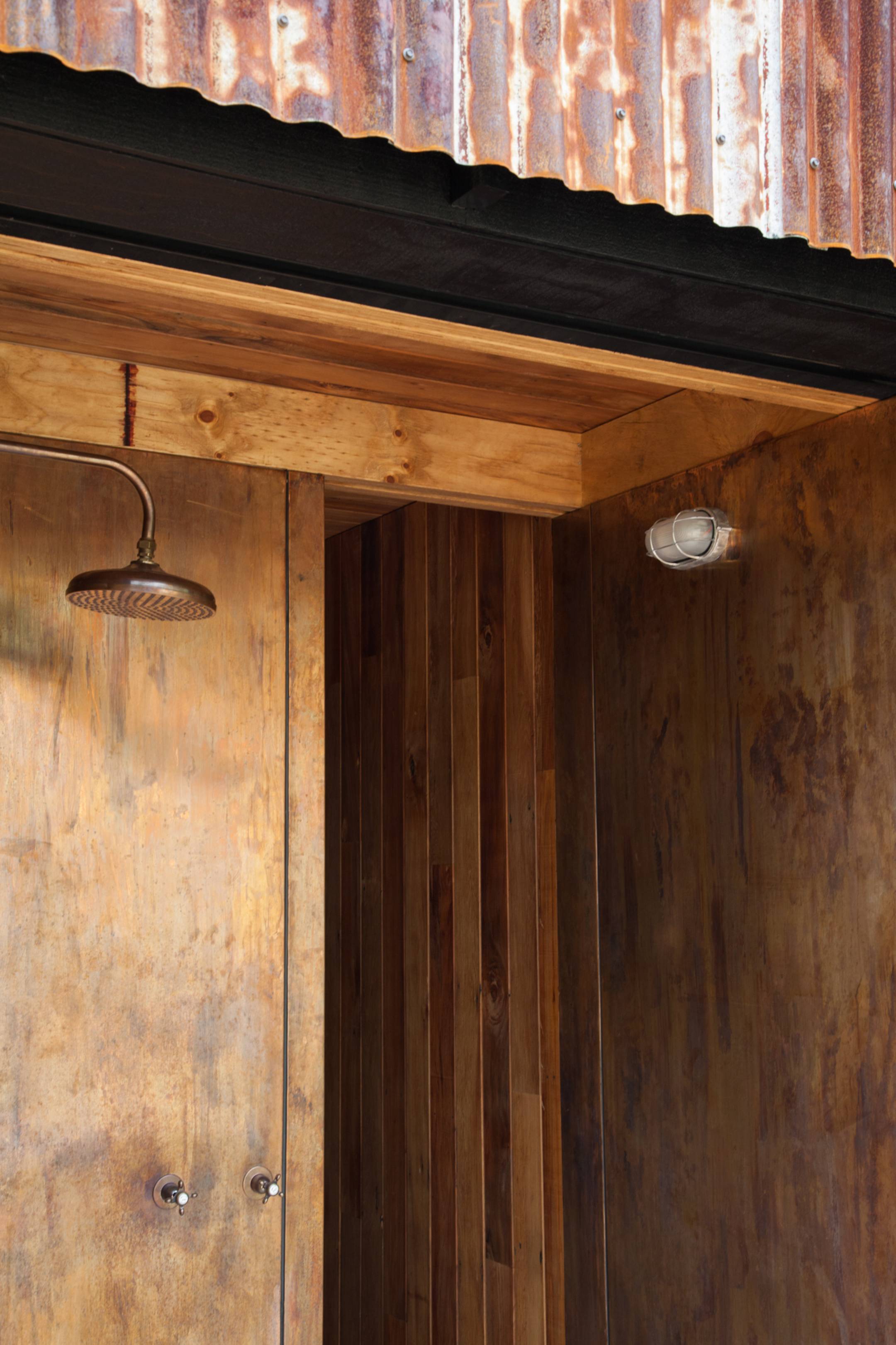 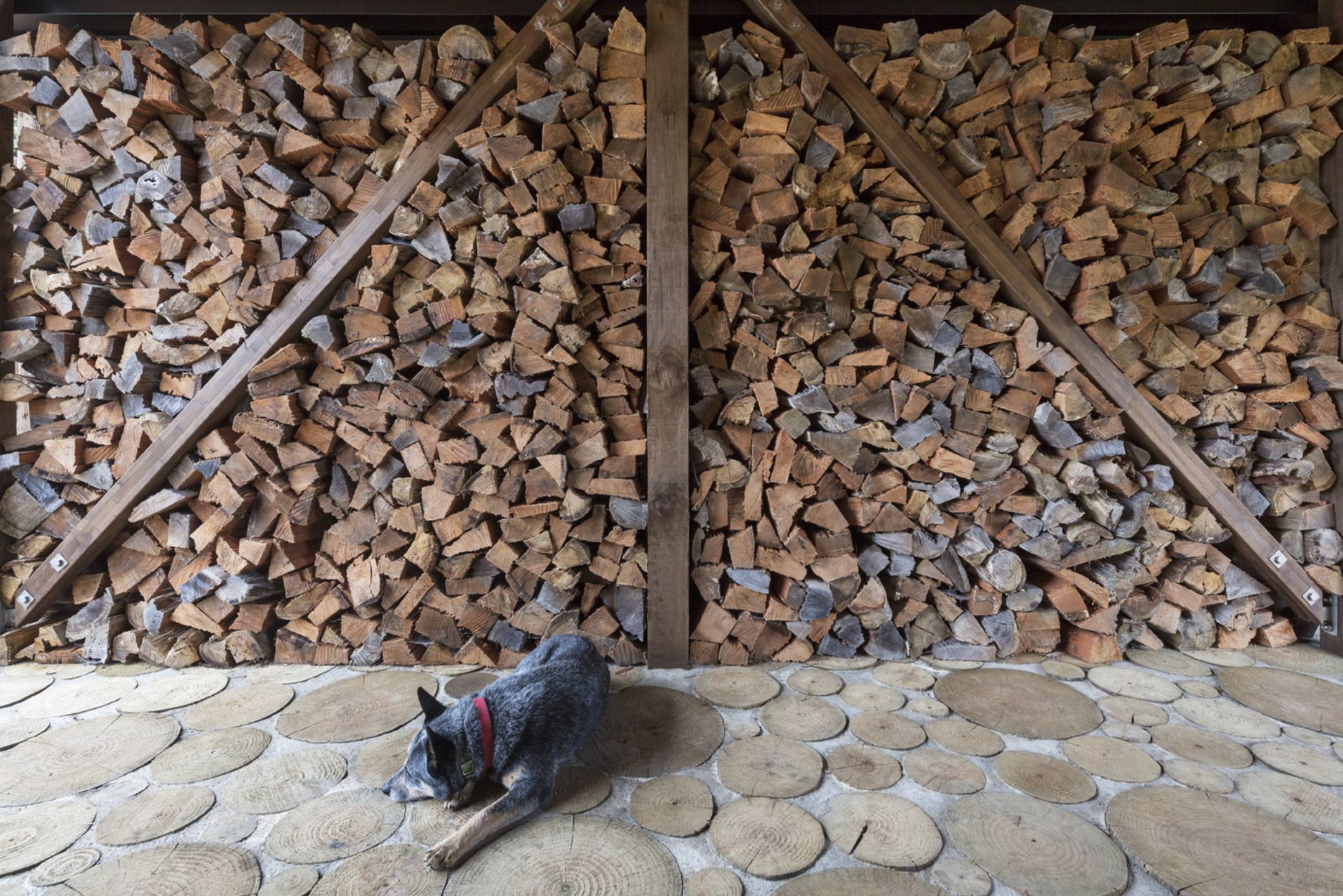 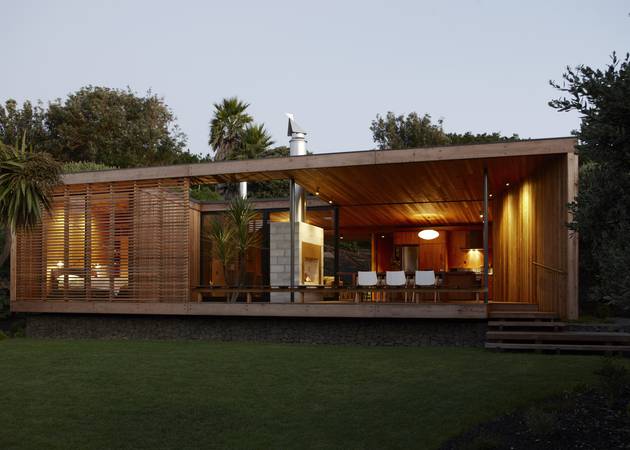 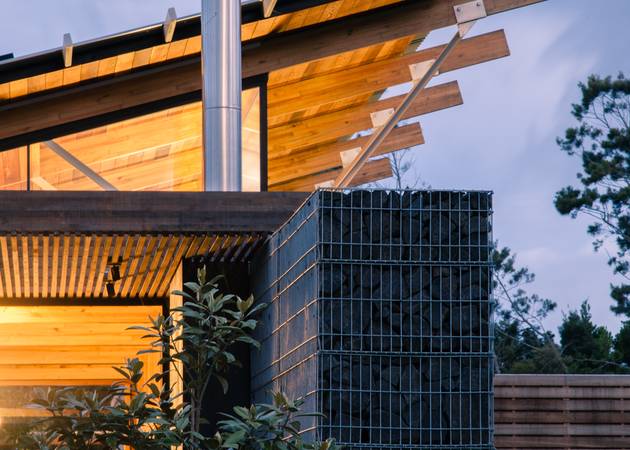